Cultural activities at St Thomas include the following:

Drama productions are a successful part of the St Thomas cultural program. In 2010, three of our Gr 9s wrote and produced a successful production which they will be presenting at The Grahamstown Festival of the Arts in June 2011.

We have a choirs for our pre-school as well as the junior and senior primary phases. They have a wide repertoire and take place in a Variety of Choir festivals in Witbank. At St Thomas Aquinas School,  we have 2 choirs – Junior Primary (Gr 1 – 3) and Senior Primary (Gr 4 – 7).  They participate in various choir evenings hosted by schools in Witbank and perform at special functions. 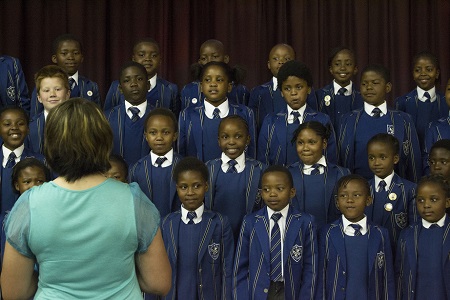 We have junior and senior marimba teams at St Thomas, both of which have done well at marimba competitions. Our senior team participated in a National competition held in Boksburg in 2016.They are also popular performers at a variety of functions in and around Witbank. We have 3 marimba groups – Gr 6 & 7; Junior High School & Senior High School.

The marimba groups perform at special functions and have been invited to play at corporate functions.  They have even played for Thabo Mbeki.

All pupils in Grades 1 – 6 attend music lessons and are taught a variety of skills.  They learn to play various instruments, including the recorder, marimbas, drums, xylophones, etc. 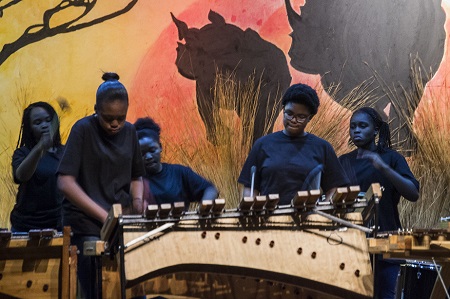 Although we have had debating teams compete against schools in Witbank that have done well, 2010 was the first year that we competed in the Un debate competition sponsored by Education Africa. Our debaters teamed up with a lesser advantaged school outside Witbank for the provincial competition in Nelspruit – which they won. They then represented Mpumalanga at the national event in Cape Town, where they competed against other provincial teams, as well as a few international teams – they won this too: and are now flying to New York in March to compete in America. Good luck debaters

Music is a part of the academic day for the pupils until Gr 7. They learn recorder, marimba and general music. In the afternoons extra lessons take place with one of our highly qualified teachers.

Pupils from Gr 0 – 12 participate in the Local Atrium Arts Festival in different categories, including poetry recitation (in English and Afrikaans), drama, music and art.  A number of the category winners and overall winners over the years have been St Thomas Aquinas pupils.

VISITS TO THE THEATRE

Each year we take our pupils to see Janice Honeyman’s annual pantomime at the Johannesburg Civic Theatre. We also support local schools by seeing their productions held at the Witbank Civic Theatre. 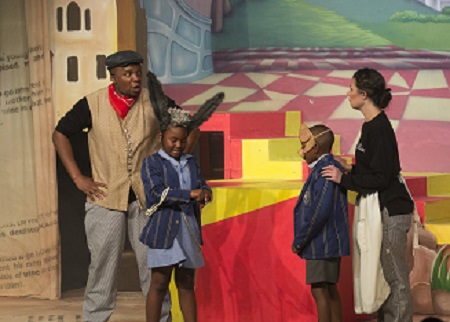